News
726
No Comments
Share Tweet Share Share Pin it
Blackrock is the world's biggest asset manager. The optimistic statements by Rick Rieder, the chief investment officer of such a big firm, have caused excitement recently. 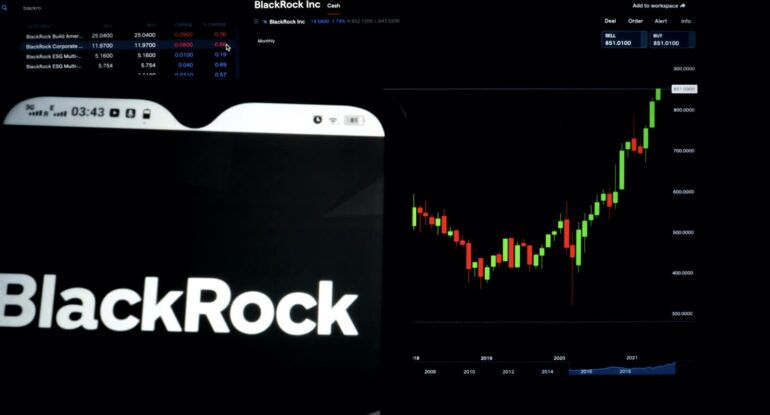 He said that bitcoin could go up significantly: “I like assets that are volatile that have upside convexity.”

In a recent interview with CNBC, the chief investment officer (CIO) of Global Fixed Income at Blackrock, Rick Rieder, was asked about his opinion on the world’s most famous cryptocurrency since bitcoin became legal tender in El Salvador in early September this year.

As the world’s biggest asset manager, Blackrock is known to have around $9,5 trillion in assets under management (AUM) as of the first half of this year. Rick Rieder is not only the chief investment officer but also the head of the Fundamental Fixed Income business and the Global Allocation Investment Team. Therefore, he is responsible for almost $2,4 trillion in assets under management.

Chief investment officer Rick Rieder was asked about his comments on the famous debate of whether cryptocurrency is a hedge or an alternative currency. He answered as such: “Regarding cryptocurrency as a hedge […], I’m not sure it’s a great hedge.” He cited its correlation to risk assets and equities. He noted the possibility that bitcoin’s price could change 15% in one day and reiterated: “I’m not sure it’s a great hedge.”

Blackrock’s CIO Rieder continued talking about the cryptocurrencies being “an alternative currency”:

“Part of why I own a small piece of bitcoin is I do think there are more people who are going to enter that fray over time… I like volatile assets that have upside convexity. So I could see bitcoin go up significantly.”

The chief investment officer Rieder mentioned that the amount of cryptocurrency in the world’s largest asset manager Blackrock’s portfolio, is “very moderate.” However, he emphasized the volatility of bitcoin and added that he does not consider cryptocurrency as a core asset like stocks or bonds. Despite this, he sees no harm in purchasing a small amount of bitcoin as a speculative means in a portfolio.

Last year in November, Rick Rieder mentioned that bitcoin will be here for a long time and might even replace gold to a great extent: “Do I think it’s a durable mechanism that […] could take the place of gold to a large extent? Yeah, I do because it’s so much more functional than passing a bar of gold around.”

What do you think about Rick Rieder’s claims about the future of bitcoin? Share your opinions in the comment section and visit other blog posts on the website for other crypto-related news! The end of finance is being reshaped. Take your part in this paradigm shift!