Koinal > Knowledgebase > Bitcoin May Replace Traditional Currency Within A Decade

Bitcoin May Replace Traditional Currency Within A Decade

Bitcoin May Replace Traditional Currency Within A Decade

Knowledgebase
3091
No Comments
Share Tweet Share Share Pin it
The argument that Bitcoin may replace traditional currency within a decade has gained momentum due to the relatively high growth and stability of the Bitcoin market. The Bitcoin market has stabilized and grown steadily which resulted in fueling the argument that Bitcoin may replace traditional currencies within a decade. Is it really going to happen? Let's look at the odds of this major shift in financial currencies! 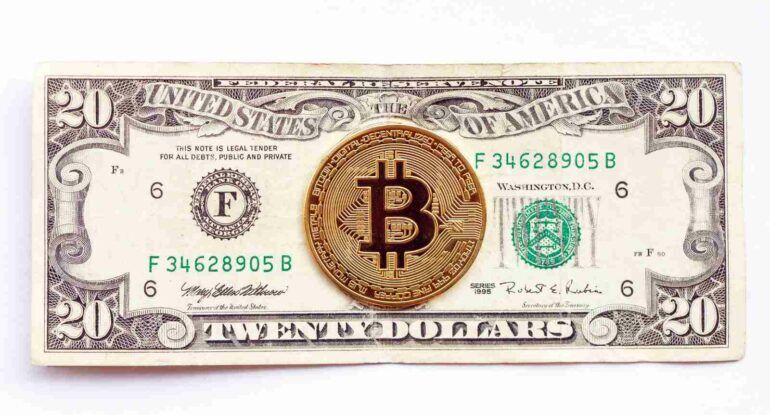 Bitcoin transactions have surged rapidly across the world. Numerous companies have emerged to provide users with the facility of Bitcoin transactions. Koinal is one of those cryptocurrency trading firms that offer Bitcoin trading in several ways. The growth of the Bitcoin market may lead to the replacement of traditional currencies. Let’s have a look at the likelihood of this happening!

Imagining Bitcoin as a Currency

Bitcoin is regarded as the ‘next natural step’ in the development and growth of the global economy. Bitcoin has already passed one out of three principal tests required to become a real currency. The central role of Bitcoin in making monetary contributions ticks the first test. The success in the first test highlights the use of Bitcoin as an account to hold and transact funds. The government-backed currencies (also called fiat currencies) have suffered from regular periods of economic stagnation.

The masses are also getting frustrated because of how banks have handled their business transactions. This has strengthened the position of Bitcoin as a potential replacement of traditional currencies.

The repetitive economic collapse of the world’s major currencies has multiplied the Bitcoin value in the market. Unlike the fiat currencies, Bitcoin has been able to recover its previous losses in shorter time frames. The purchasing power of Bitcoin has improved; in 2011, one could buy a pizza for 5,000 Bitcoins. Today, the same 5,000 Bitcoins are worth $30 million. Just imagine how many pizzas can you buy today with the same amount!

The rising value of Bitcoin has ignited the race for becoming the world’s leading currency within a decade.

Fiat currencies are often perceived to be less volatile than Bitcoin cryptocurrency. However, volatility can only be measured when at least a couple of distinct assessment parameters impact the working of these currencies. For every currency – including Bitcoin – the value of one unit will remain the same if other assessing parameters remain undisclosed. One Bitcoin will always be one Bitcoin in terms of its face value, but not in its actual value. The actual value is cleverly manipulated!

Trillions of dollars have been invested due to the crash of the financial market. Where are these dollars coming from?

Despite the economic crashes and the instability of the financial market, people still trust the traditional banking sector. This is because banks are the only financial institution people have ever known. Another reason why consumers trust the banking system is because of a lack of awareness. They are not educated enough to realize the differences between Bitcoin cryptocurrency and the fiat currencies that are supported by the government.

The relatively huge printing capacity of fiat currencies has earned the trust and confidence of people. This cannot be done directly with cryptocurrencies, such as Bitcoin. People can fill their car tanks and their shopping trolleys with printed dollars instead of Bitcoins.

Although Bitcoin has provided monetary contributions like other fiat currencies, it must function as a store of value. Bitcoin must hold a long-term value similar to what the U.S. dollar has accomplished over the years. Another obstacle for Bitcoin cryptocurrency in replacing the traditional currencies is its functioning as a unit of account. Analysts have argued that the volatility of Bitcoin is a major obstacle in operating as a unit of account.

Defining regulations and exhibiting effective governance is another challenge for Bitcoin growth. Many countries have corrupted governance and a lack of effective regulations to implement cryptocurrency transactions successfully.

As a whole, Bitcoin’s stable and rapidly-growing market has what it takes to replace the traditional currencies. However, customer trust, volatility, long-term value, and effective governance are hindering its growth in becoming the leading currency of the world.

Ready for turning the odds in your favor? Jump to our website to start trading Bitcoins with us!