Cross-Chain Protocol Links Applications to the Metaverse with Web 3.0

Cross-Chain Protocol Links Applications to the Metaverse with Web 3.0

Uncategorized
449
No Comments
Share Tweet Share Share Pin it
Like most people, you were probably shocked to hear and see Facebook change its world-renowned name to “Meta.” Since that time, Meta Platforms Inc. (formerly Facebook) has been a subject on the lips of a significant percentage of the world’s population. Not only that, with the news of the change in the name of the 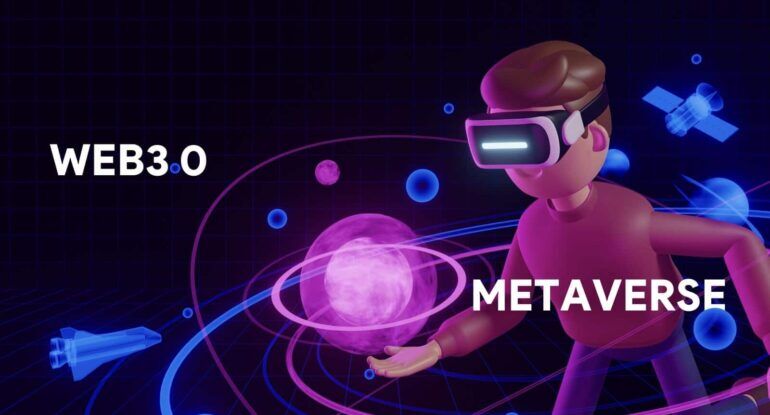 Like most people, you were probably shocked to hear and see Facebook change its world-renowned name to “Meta.”

Since that time, Meta Platforms Inc. (formerly Facebook) has been a subject on the lips of a significant percentage of the world’s population. Not only that, with the news of the change in the name of the company came the rave of a relatively new term in tech spaces — The Metaverse.

As Facebook forges ahead into the future as Meta, most people want to understand what this new technology holds in store for the entire world.

In simple terms, the Metaverse is the internet that brought life and displayed before your eyes in 3D. It’s a unique virtual environment with the most powerful and immersive virtual reality effect on users. The best thing about the Metaverse is that users can ‘enter’ a virtual world — which is a step ahead from watching animations on your screen.

Just as Facebook-connected you to your friends and family, the Metaverse is a remarkable technological advancement where people meet to work or play virtually. What’s even better? You get access to this fantastic world with VR headsets, augmented reality glasses, smartphones, or other related devices.

The Metaverse doesn’t stop at VR meetings. It will also incorporate other aspects of human living, such as shopping and social media interactions. This new technology has exposed us to a world of new possibilities, and we’re yet to scratch the surface just yet.

How does the Cross-Chain Protocol Work?

While Metaverse is an innovative technology for virtual social interaction, Cross-Chain technology is the latest innovation of the cryptocurrency world. However, there have been recent indications of an unlike connection between the VR-related Meta and Cross-Chain Protocol.

Blockchain and distributed ledgers have become a part of our daily lives, and they don’t seem to be going anywhere. However, keeping these chains connected can be a struggle as more users get on board and use the technology.

Indeed, it’s a safe guess that the number of blockchain applications is set to increase exponentially. This growth is because developers are looking for more ways to improve the real-life applications of this technology. However, some experts feel it may be challenging to find a technology that will expose blockchain to much more than restricted transactions.

This is where the Cross-Chain Protocol comes into the picture.

The Cross-Chain Protocol has started to gain a lot of recognition from different quarters as the answer to ensuring blockchain network interconnectivity. This initiative improves the interoperability of the network allowing for easy transfer of valuable information and product across various blockchain networks.

As networks such as Ripple, Ethereum, and Bitcoin continue to gain worldwide renown, it has led to several problems. However, the most pressing issue for these cryptocurrency blockchains is the economic and technological scaling constraint.

To put it simply, most blockchain networks are only effective in close networks that serve a specific purpose.

Previously, the lack of a cross-chain function has prevented man individuals and experts from tapping into the unlimited potentials of blockchain and distributed ledger technology. As a result, It has been difficult for blockchains to interact with each other, leading to a situation where resources on a particular network are inoperable on another or can’t be shared with others.

Thankfully, the Cross-Chain protocol exists to tackle the problems of blockchain inoperability. Since most blockchains have a uniform construction, it makes communication simpler. Now, blockchains can communicate with one another and even exchange information.

Cross-chain conveniently overcomes the challenges of operating on a single chain.

Web 3.0 and its relevance

If you just heard about Web 3.0, you may be wondering what the hype is all about and if it has significant advantages over its previous version — Web 2.0.

Well, web 3.0 is more than just a news headline. It’s the future of the internet.

We have had previous iterations of the internet; Web 1.0 and Web 2.0. While both of them ushered the entire world into a new era, they had their flaws too. Today, we have Web 3.0, which seeks to rectify those flaws and take things a step further.

Fun fact? The decentralized nature of cryptocurrency blockchain has been the primary driving force behind Web 3.0 technology.

According to the developers of Web 3.0, this next stage of the internet will be interconnected, decentralized, and will rely on AI technology. Moreover, its platforms would offer users autonomy and allow them to create and share personalized content among different platforms like its predecessor.

The essential elements of Web 3.0 will show a more explicit way to interact on the internet and contribute to ongoing events. By doing this, the internet becomes a more critical part of our lives.

Application Links to the Metaverse: Cross-Chain Protocol and Web 3.0

The introduction of the Metaverse exposes humans to the possibilities of alternate realities and the ability to link augmented and virtual worlds into an endless ecosystem. This virtual world will run in a parallel manner to the regular, physical world. The only difference would be that it would allow users to try out more applications and boost the limits of our creativity.

When you look at the possibilities that the Metaverse offers, it’s easy to see when so many tech experts and giants have continued to invest in the ecosystem. This new technology promises to have far-reaching impacts, and many have described it as the next big thing after the internet. However, setting up the Metaverse is easier said than done.

It will require the technical support of different aspects, including the payment economy, business economy, website economy, and vital elements of Web 3.0.

X Protocol has been designed to provide a link between Metaverse and Web 3.0. This new protocol was developed based on the Polkadot network. Polkadot (DOT) was created to allow seamless interaction between different blockchains by bringing them together under one platform. Considering its basic features, X Protocol may be on the way to developing a decentralized Metaverse that will run on Web 3.0.

The X Protocol leverages Web 3.0 to create a stable and diverse metaverse. Due to this, it will create a fair and decentralized platform that will handle economic activities while also letting businesses upload content freely.

Based on its capabilities, X protocol will develop DApps that will support organic users. These DApps will be linked and provide third-party access to numerous users. Presently X Protocol has a large community and is regarded as one of the most significant Metaverse projects based on Polkadot and Solana.