Uncategorized
526
No Comments
Share Tweet Share Share Pin it
The Republic of El Salvador seems to be setting the pace for national investment in mega-cryptocurrency Bitcoin. Just days ago, Salvadoran president, Nayib Bukele, added 100 more Bitcoins to the country’s reserve as soon as the crypto asset price dipped to the $54,000 range. Based on this purchase, recent calculations indicate that the Central American 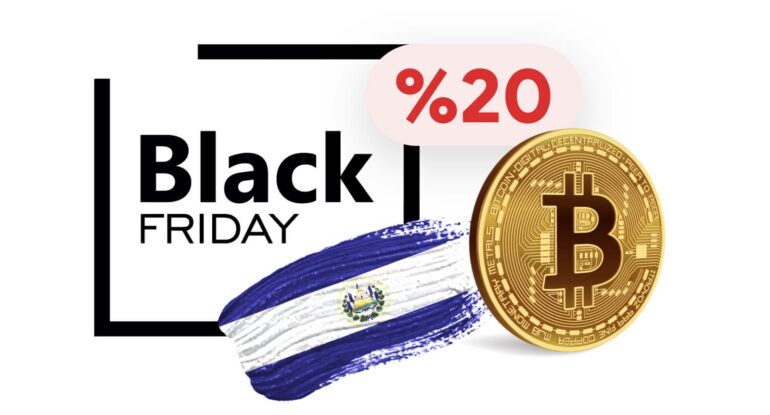 The Republic of El Salvador seems to be setting the pace for national investment in mega-cryptocurrency Bitcoin.

Just days ago, Salvadoran president, Nayib Bukele, added 100 more Bitcoins to the country’s reserve as soon as the crypto asset price dipped to the $54,000 range. Based on this purchase, recent calculations indicate that the Central American country currently has approximately 66.3 million USD in BTC holdings!

While it seems to some that President Bukele is investing in seemingly volatile assets, at least, his investment timings appear to be carefully calculated. At the time of his purchase, the Bitcoin market was in a bearish state.

In other words, the Salvadoran government bought the dip!

Since BTC reached an all-time price of 69,000 USD on the 10th of November, it seemed to be holding higher support levels until a few days ago on Friday. Then, in response to discovering a new variant of COVID in South Africa, there was a global market sell-off of Bitcoin, which caused the cryptocurrency price to drop to the 54,000s range.

This means there was a 20% drop in price when El Salvador entered the market and acquired more Bitcoins.

In a tweet on Friday, President Nayib Bukele revealed that he had invested over 5 million USD in the Bitcoin market as soon as the price dropped. The tweet also required the recent acquisition involving 100 additional Bitcoins to the country’s growing crypto investment reserve.

No doubt, the COVID-related drop in the price of BTC was the sign El Salvador needed to increase its Bitcoin holdings. However, following the discovery of the new coronavirus strain, BTC plummeted 8% in 24 hours, and Bukele was ready.

Although the exact time of purchase remains unclear, experts calculate that based on recent market happenings and the time of the tweet, the purchase may have happened while BTC was around $54,300 per piece, maybe less.

Today, the Republic of El Salvador holds at least 1,220 BTC and does not seem to be slowing down any time soon.

El Salvador’s recent 100-BTC purchase isn’t their first foray into significant Bitcoin investment. A few months ago, the Salvadoran government under the leadership of President Bukele also made similar purchases.

That is not all.

Since El Salvador announced in June that it was forming legislation that would make BTC a legal tender in the country, President Bukele has been very proactive with related initiatives. Bukele has pushed forward several ideas that are centered around the adoption and mining of BTC.

Furthermore, the government has commenced building infrastructure to uphold the Bitcoin wallet, Chivo, which is a state initiative. Even more, they are planning to launch a Bitcoin city at the base of a volcano, whose initial funding will come from 1 billion USD in Bitcoin bonds.

While many people in El Salvador would swear that Bitcoin is the future and stand by their government’s decision to invest in it, some have relatively strong reservations. As a result, several citizens have tried to resist the government’s cryptocurrency initiatives, with many explicitly protesting against President Bukele and his disposition towards Bitcoin.

In the month that the Bukele-led administration passed the Bitcoin legislation, many citizens held a protest march through the country’s capital city of San Salvador. Unfortunately, at least one of the state’s Chico kiosks fell prey to vandals during this protest, and its remains bore several anti-Bitcoin logos and symptoms.

Furthermore, El Salvador’s Popular Resistance and Rebellion Block and a group of army veterans, retirees, pensioners, and other workers, also carried out demonstrations to register their displeasure against the BTC Law.

Asides from the fact that the Bukele-led El Salvador has been consistently making substantial investments in BTC, other initiatives and legislation within the country show that they have so much faith in mega-crypto, Bitcoin.

There’s also the fact the country has passed the law the BTC is now a legal tender nationwide!

Fun fact? The Republic of El Salvador is the first country to legalize and recognize Bitcoin as a legal tender. Talk about setting the pace for other countries to follow, at least in terms of BTC and other cryptos.

However, this decision was not a random one.

According to financial experts, President Nayib Bukele is hoping BTC will be the key to getting El Salvador out of its worst economic problems. For instance, 70% of the Salvadoran population do not have a bank account, while many have to pay exorbitant transactions costs to send money home through abroad banks.

Additionally, to aid the Bitcoin-backed financial solutions, the government gifted every Salvadoran 30 USD in BTC, with which they can make purchases and even pay taxes.