Featured News
2
No Comments
Share Tweet Share Share Pin it
Ethereum Tripe Halving is a critical improvement in the Ethereum environment, but before all, we will describe layer 2 of Ethereum. Knowing about layer2 helps us to understand the Triple Halving procedure better. What is proof of work? Ethereum is one of the leading cryptocurrencies. It has been through many changes during this time. It 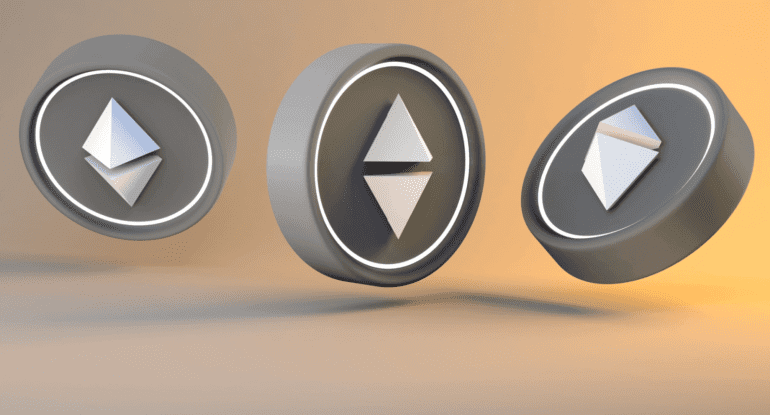 Ethereum Tripe Halving is a critical improvement in the Ethereum environment, but before all, we will describe layer 2 of Ethereum. Knowing about layer2 helps us to understand the Triple Halving procedure better.

What is proof of work?

Ethereum is one of the leading cryptocurrencies. It has been through many changes during this time. It was launched in 2015. The mechanism of Ethereum is proof of work as a general agreement for transactions. Ethereum using proof of work causes slower transaction speed, high electricity usage, and miners need to mine blocks for the blockchain. Miners are potent computers that earn crypto coins by verifying transactions through computational calculation. It means that if you can provide more powerful computers, you can produce more crypto coins. All these procedures secure the blockchain. But because proof of work is time and energy-consuming, scientists created a new innovation which is the proof of stake.

To keep it simple, Ethereum merge is the process of merging the Ethereum mechanism from proof of work to proof of stake. Proof of stake is a mechanism which helps to secure the network. This process happens by validators. Validators are like miners, but they must stake a specific amount of the coin to get credit as a validator. This process contrasts with the proof of work in which miners must provide equipment and electricity to create blocks. With proof of stake, the amount of computational work will reduce. Therefore, no massive amount of hardware is needed, then energy consumption reduces automatically.

As we discussed earlier, proof of stake is the current consensus mechanism for Ethereum. Because of many reasons, such as greener and faster Ethereum, Proof of work in September will change to proof of stake. But how the Ethereum merge will happen?

The developer team of Ethereum created a blockchain called Beacon Chain, It was working along with the Proof of work during the testing process, but it must merge and mix with the whole Mainnet to complete the Merge and enable Ethereum to change its mechanism to proof of stake. The entire Merge aimed to create a new generation of Ethereum, which works fast and uses less energy.

To understand the Triple Halving of Ethereum, it is good to know about the concept of Halving in the Crypto world. Having created firstly on Bitcoin.

Having is the process of Halving the bitcoins that miners reward as adding more Bitcoin to the blockchain. Because the amount of available Bitcoin is limited every 4 years, the Halving process happens. This procedure is against Bitcoin’s inflation and helps keep it scarce. Like when the demand is the same, a decrease in the amount of created Bitcoin will be a reason to increase the price. Now the inflation is 2% with all the having will appear in future this amount will meet fewer percentages. The reason that Halving created was that the mining procedure was costly, which is why the miner’s remaining profit wasn’t eye-catching. Most miners prefer to sell the Bitcoin they mine each day. In conclusion, the request will rise, but the production will be cut in half to increase the price. The most recent mining was in May 2020.

What is Halving in Ethereum?

Now you know about the whole concept of Halving; in case you are wondering, it differs from Bitcoin Halving. Once the Ethereum Merge occurs, the Triple Halving process of Ethereum will happen. This is one of the most critical events in the Crypto world and will occur after the Merge is wholly implanted. There are 3 aspects of triple Halving, including

The first part is the Burning part of the upgrade in Ethereum, called London Hard Fork. This upgrade helps Ethereum to remain scarce and therefore increases the inflation on the price of Ethereum.

The second half is the decrease in the Ethereum issuer. As a result of this part producing, Ethereum will decrease from 4% to 0.4% per year, which also helps to scarce the Ethereum.

Effect Of Triple Having

Based on specialist estimates, because BTC has generally behaved well to the halving, the price of Ethereum is also expected to rise because the two are tightly tied.

The Ethereum Merge news has already influenced the value of ETH, and it is expected to take place on September 15th.

One of the most actively argued subjects in the crypto sector right now is how far the Triple Halving will bring up the price of ETH. The Merge and the Triple Halving might drive up the cost of ETH since the entire supply will become scarcer than it is now.