News
11
No Comments
Share Tweet Share Share Pin it
The following month will be the Merge of Ethereum’s Mainnet with the proof-of-stake in Beacon Chain. This Merge can put an end to the Proof of work of Ethereum. It is expected that Ethereum will be 99% faster than before because this process reduces the energy burn of Ethereum. In this transition, the third testnet 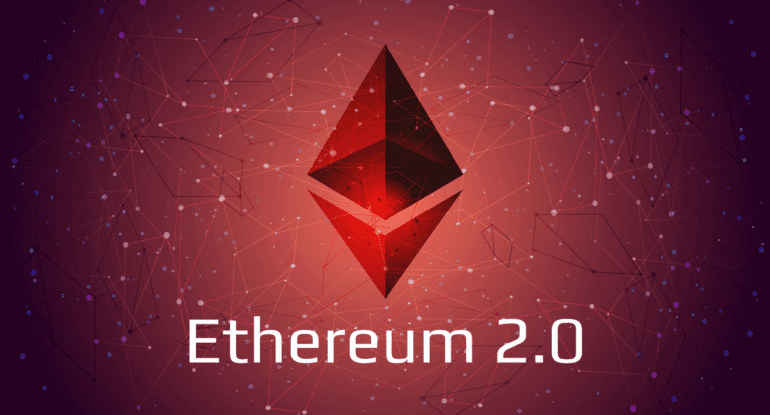 The following month will be the Merge of Ethereum’s Mainnet with the proof-of-stake in Beacon Chain. This Merge can put an end to the Proof of work of Ethereum. It is expected that Ethereum will be 99% faster than before because this process reduces the energy burn of Ethereum.

In this transition, the third testnet network is made for evaluating an environment of a chain) Ethereum, the newest release, will be available in the month ahead. As we all know, Ethereum used Proof of work as its mechanism since this mechanism is too slow, and speed became the main problem of Ethereum, but with this recent change, the solution is also ahead because they merged this mechanism with the Proof of stake Beacon chain. You will think about what will happen to all the accounts, transactions, and other things on Ethereum, they will continue as they are using Proof of work, but alongside the Beacon, the chain is working using Proof of stake.

Before the innovation of Merge was released on the main net, there were many experiments through some testnets; the latest was Goerli, one of the leading public testnets. This development is now in the growing process of some software procedures that will meet the deadline of 19th September 2022; however, this may change based on the results of the last testnet merge (Goerli) in mid-August.

The growth of DeFi and NFTs has resulted in traffic obstacles and unexpected peaks in purchase expenses on the Ethereum network. Although PoS does not reduce charges by itself, it positions Ethereum to focus on providing its scalability framework.

When in 2015, Ethereum started to secure its Mainnet with Proof of work, the number of transactions was different from what they face today. This Merge will happen while The Terminal Total Difficulty (TTD) reaches 10,790,000. At the end of July, it was revealed that the Merge would be in two phases, Bellatrix beacon chain is phase one and will be available on 4th August, but the Paris phase will be activated when the TTD touches the 10,790,000.

This process will trigger ending Proof of work and bring a more eco-friendly, green, and secure Ethereum. This will make additional scalability improvements possible that would not be attainable under proof-of-work, moving up Ethereum toward the wide load, safety, and conservation envisioned in its Ethereum vision.

The Merge specifies the Beacon Chain as the recent mechanism for the available Mainnet. When the Merge occurs, Ethereum advises users to secure the Ethereum Mainnet, and proof-of-work will not be a feasible block production method.

Blocks will prefer to be proposed by verifying nodes who have invested ether for the opportunity to participate in the mechanism. These enhancements pave the way for future scalability enhancements like sharding.

Sharding is one of the developments of Ethereum, which will divide the whole network into small pieces and helps to improve scalability. This mechanism occurs by minimising the data in the chain and making many small chains out of one main chain.

Plans for sharding are moving forward so fast. Due to the eye-catching achievements of layer 2 technologies for expanding transaction operation, sharding determined the best way to transfer the load of storing from rollup contracts; rollups create transactions outside the main chain and bring back data to the main chain, enabling a rapid rise in network capacity. This would be impossible without first implementing proof-of-stake.

The Merge update will not contain certain desired functions like the option to withdraw staked ETH, aiming to facilitate and optimise concentration on a smooth transition to proof-of-stake. The Ethereum team is also scheduled to create another update called Shanghai. The Shanghai update will come after The Merge, allowing stakeholders to withdraw their Ethers.

At the latest conference of Ethereum that was held in Paris, the Co-founder of Ethereum, Vitalik Buterin, mentioned that after the Merge, just 55% of Ethereum has been completed, and there will be a lot of development in future. In his sentence, Ethereum will face “the Surge, the Verge, the Purge and the Splurge.”

The Surge will be the sharding process; another step which is the Verge aiming the Verkle tree will concentrate on scalability same as Surge, but it will provide the minor Proof by the process of Verge, storage will be improved, and node sizes will be reduced. This will eventually increase the scalability of Ethereum. Purge is another step, and its goal is to decrease the amount of wasted data by their history, which improves the chain validation procedure’s reliability.

Buterin, in his speech, mentioned that the Splurge part is the Fun Part of all these improvements and will come after all of those steps; Splurge’s job is to confirm that the network keeps working correctly and that the protocol upgrades discussed in earlier sections do not create any problems. The challenging task of making Ethereum more scalable will be finished.

For Users and Holders

You do not have to do anything during the Merge; all your funds are secure. After switching to proof-of-stake, Ethereum’s whole history of its creation is still preserved and unchanged. After The Integration, you will still be able to use any money in your wallet before The Integration. You do not need to do anything to upgrade.

It would help if you were super cautious of frauds aiming to take advantage of customers during this switchover as The Merge of Ethereum Mainnet draws closer. Never submit ETH to anyone or anywhere to “upgrade to ETH2.” There is no “ETH2” token, and your money is safe without further action.