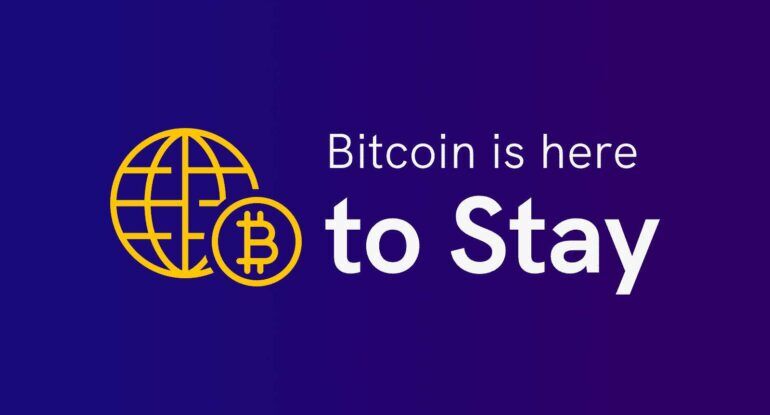 A significant name who recently commented on the issue was former U.S. Treasury Secretary and economist Larry Summers. The former secretary states that Bitcoin will not go anywhere, although some consider it as a bubble. Summers adds that Bitcoin seems to be staying. As its power derives from the blockchain technology that will likely be adopted by the financial industry. Summers also believes that Bitcoin price fluctuations illustrate its resilience.

The former secretary claims that Bitcoin has a chance to attract investors who usually tend to invest their money in bonds. This situation, of course, comes true if bonds’ prices decline. In such a situation, Bitcoin could be the most preferred digital asset. Summers underlines that Bitcoin’s blockchain technology enables transaction processes much safer, faster and simpler. This advanced technology that makes Bitcoin the most pioneering cryptocurrency in the world has the capacity to change money in the long term. Also, it is known that various central banks are working in developing their own digital currencies based on a variant of blockchain technology.

However, the main aim beyond this effort for the central banks is not only to compete with Bitcoin but track money transfers and transactions since security is regarded as a crucial issue concerning digital currencies by states. Thus, states seek to take advantage of the situation through digital coins, which will enhance their surveillance capacity on citizens. It is thought that China’s central bank has been working to utilize this technological advantage. Another issue that central banks and Bitcoin differentiate from each other is while there is a limited number of tokens that can be mined in the Bitcoin network, central banks have a chance to produce as much as tokens based on their monetary policies.

In brief, Summers’ ideas on the cryptocurrency -especially Bitcoin- industry are based on three points. The first one is Bitcoin’s rising performance. It can help investors to adopt it as a store of value and investment instrument in current economic circumstances. The second one is the anonymity and privacy. Bitcoin offers these to its enthusiasts and users in contrast to central banks’ intention to prioritize security. The third and last one is, for sure, Bitcoin’s technology that provides great conveniences for users and makes Bitcoin one of a kind among other cryptocurrencies. Summers also highlights the wide range of using digital currencies that strengthens their adoption and position both today and in the future.