Koinal > News > How Cryptocurrencies will Shape the Future of Finance: Deutsche Bank Report

How Cryptocurrencies will Shape the Future of Finance: Deutsche Bank Report

How Cryptocurrencies will Shape the Future of Finance: Deutsche Bank Report

News
663
No Comments
Share Tweet Share Share Pin it
Marion Laboure, the senior economist and analyst at Deutsche Bank Research, argues that it is impossible to overlook the giant economy of cryptocurrency which has already reached $2 trillion. It's safe to say that the public also largely agrees with the analyst Laboure’s opinion. 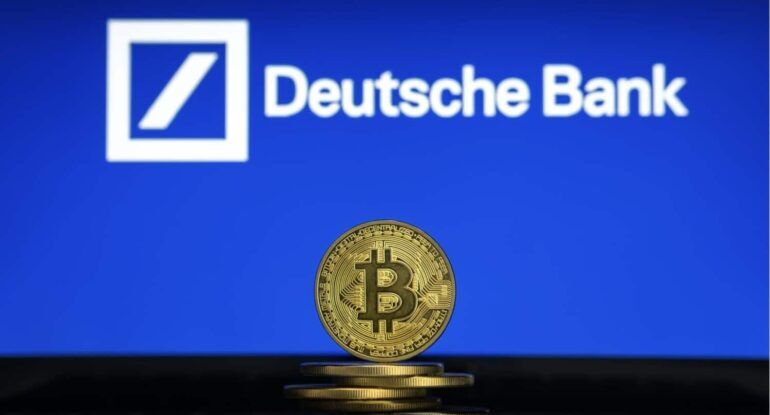 Deutsche Bank Research analyst Marion Laboure shared important insights regarding the potential of crypto assets in determining the future of the global finance world. She specifically mentioned the world’s two most popular crypto assets -bitcoin and ethereum- in an interview published on the website of the Deutsche Bank.

The interview is based on a research report in which Marion Laboure stated that the two popular crypto assets are still not that common even though they are among the accepted payment methods in many stores today. The reason why they are not still in popular demand is their high transaction fee and long transaction time. For example, the transaction fee for bitcoin is currently $20 and validating this transaction takes 10 minutes.

The economist and analyst Laboure, when asked what the difference between bitcoin and any kind of fiat money is, explained that bitcoin and any other crypto-assets do not have government support (as well as government control), and thus it is impossible to impose a legal obligation by which people will accept crypto assets as a valid payment method.

According to Marion Laboure, bitcoin harbors the potential to become the gold of this century. Similar to gold, it has deflationary traits, it is not a widely-used payment method, and it is extremely volatile.

Deutsche Bank Research analyst Laboure thinks that it will be even more volatile in the following period because of the reasons below:
· The ratio of bitcoins that are used for speculation and investments is about 66 per cent.
· Bitcoin has restricted tradability and thus its supply and demand equation would not be affected by market closures or the infrequent large purchases.
· The approach and attitude of crypto enthusiasts and investors largely influence the price of bitcoin.

According to analyst Marion Laboure, crypto-assets mainly have these two pertinent faults:

· Since a kind of regulation is absent, many investors are discouraged about entering the crypto market. Even though the crypto trading market is attractive and might be highly profitable for individual users, many investors are hesitant in their approach.
· The huge level of carbon footprint resulting from crypto mining is a serious problem for the environment.

If bitcoin is the 21st-century gold, then the digital silver of this century is ethereum, Laboure considers. While bitcoin has the biggest market capitalization and the first crypto asset that has ever received mainstream and institutionalized support to a certain extent, ethereum is the second major cryptocurrency and has already become a significant actor in the crypto market thanks to its role in NFT platforms and in decentralized finance (DeFi) systems.