JP Morgan Predicts When Bitcoin Bear Market Will be Over

JP Morgan Predicts When Bitcoin Bear Market Will be Over

News
854
No Comments
Share Tweet Share Share Pin it
JP Morgan, the global investment bank, has estimated that the price slump of the world's most famous cryptocurrency will probably be over when the bitcoin dominance exceeds the level of 50%. The analyst from JP Morgan explained: "I think that's another indicator to watch here in terms of whether this bear phase is over or not." 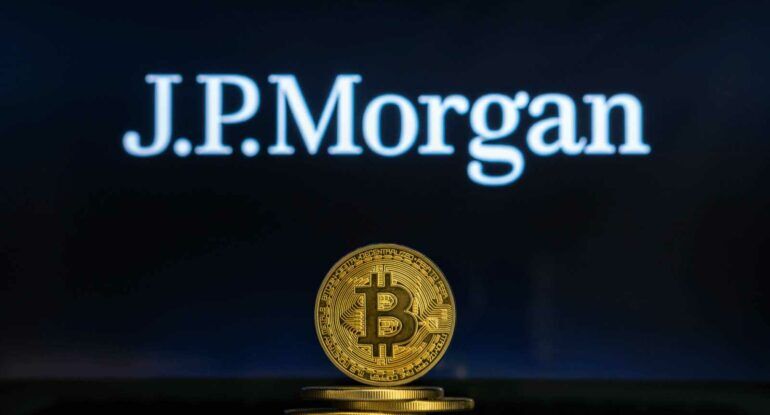 Bear phase, bear run, or bear market are interchangeable terms used to describe a period during which prices go down in a financial market. It is the opposite of a bull market, and time is frequently used in the cryptocurrency market.

As a financial service holding company and a multinational investment bank, JP Morgan is a global leader. An analyst from the company argued a simple indicator through which the current bear phase’s end can be predicted. Nikolaos Panigirtzoglou stated that a new rise for bitcoin is possible in the volatile crypto market if a couple of essential conditions are met. Panigirtzoglou shared his thoughts in an interview with CNBC on how this bear run could be put to an end. He explained:

“A healthy number there, in terms of the share of bitcoin as a percentage of the total cryptocurrency market cap, is 50% or above. So I think that’s another indicator to watch here in terms of whether this bear phase is over or not.”

JP Morgan’s analyst recalled that “It was like 60% back at the beginning of April.” In that period, many institutional investors relocated their funds from bitcoin to other cryptocurrency tokens like ethereum: “The flow into ethereum funds has slowed over the past two to three weeks, at the same time as the flow into bitcoin funds […] has improved. That means there is perhaps a relative value opportunity that some institutional investors see to buy bitcoin and sell other cryptocurrencies.” Panigirtzoglou added that “there has been a divergence between bitcoin and other cryptocurrencies. There was also some institutional interest from bitcoin into ethereum back in April, and now we see the opposite.” He interpreted this slow rise in bitcoin’s market share as an optimistic sign of healing.

Other analysts also share their thoughts and say that bitcoin is neither in a bull market nor in a bear market right now. It has been instead stuck between $30k and $40k. Therefore, it is crucial for bitcoin not to go below $30k. If it manages to maintain its current value against the bears, there is a chance of market recovery, as seen in the last two times. In that case, bitcoin might reach $100k by the end of the year.