JPMorgan Doubles Down on Bitcoin Price Prediction of $146K

JPMorgan Doubles Down on Bitcoin Price Prediction of $146K

News
552
No Comments
Share Tweet Share Share Pin it
The bank doubled the amount of its bitcoin price prediction. The analyst of global investment bank JPMorgan stated that we could witness this price if its volatility decreases and more investors start investing in the coin 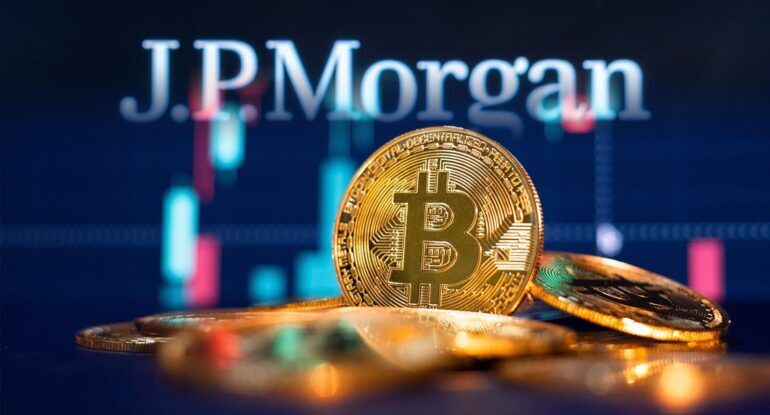 JPMorgan also started publishing reports as of last month that focus on the alternative investments, including cryptocurrencies. They are expected to release a report every two months.

The analyst of the global investment bank, Nicolaos Panigirtzoglou, estimated that the bitcoin price might arrive at $146,000 in the long haul. As for his short-term prediction, he claims that bitcoin price might reach $73,000 in 2022:“Digital assets are on a multi-year structural ascent, but the current entry point looks unattractive in our opinion for an investment horizon of 12 months as bitcoin appears to have returned to overbought territory.”

This year, in October, he made a “bullish outlook” for bitcoin. He repeated that in his recent comments: “Bitcoin’s allure as an inflation hedge has perhaps been strengthened by the failure of gold to respond in recent weeks to heightened concerns over inflation.”

The analysts see no reason for the competition between bitcoin and gold to end, given that millennials mostly prefer investing in cryptocurrency: “Considering how big the financial investment into gold is, any such crowding out of gold as an ‘alternative’ currency implies big upside for bitcoin over the long term.”

Today the volatility of bitcoin is four to five times more than gold. This makes the investors continue investing in gold rather than crypto assets. The analyst states that the volatility of bitcoin must decrease so that investors would prefer investing in the asset. Without this happening, the price prediction would not come true, he said. He also added that, for the same reason of high volatility, it is also possible to see dramatic ups (up until the level of $146,000) and downs (below $30,000): “There is little doubt that cryptocurrencies and digital assets more broadly are an emerging asset class and thus on a multi-year structural uptrend.”

In a kind of post-pandemic period, it can be said that virtual assets appeared as winners. The investors who became interested in this asset class extended beyond institutional investors to retail investors such as hedge funds, family offices, and insurance companies. The global investment bank JPMorgan stated: “the perception of bitcoin as a better inflation hedge than gold is the main reason for the current upswing, triggering a shift away from gold ETFs into bitcoin funds since September.”

Having said that, it must also be added that the CEO of the global investment bank, Jamie Dimon, is relatively skeptical about the popular coin. Last month he stated that bitcoin is useless, pointing to its limited stock. He also claimed that bitcoin does not have intrinsic value. Although the CEO does not care about crypto, his customers seem to be interested. Therefore, a variety of investments in digital assets are offered by the bank.