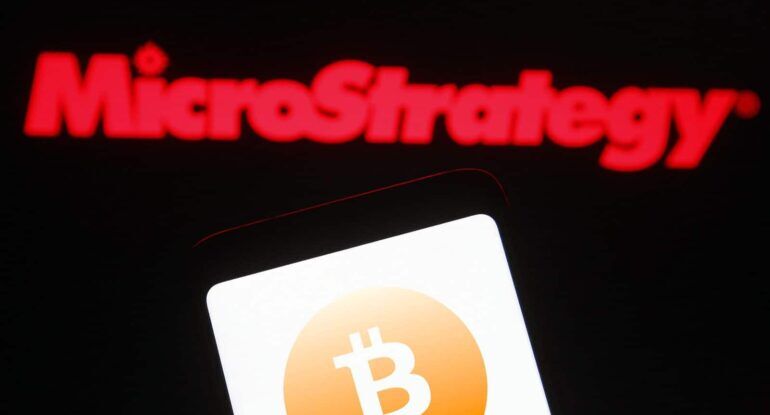 This number refers to an approximate purchase price of $489 million. Upon the latest purchase that has been revealed by Michael Saylor, the CEO of the company, it is known that the firm has over 100,000 bitcoins now on its balance sheet. The exact number that Microstrategy today holds is 105,085 bitcoins, and the total purchase price is around $2.741 billion. Calculating the purchasing average, each bitcoins purchased at about $26,080, “inclusive of expenses and fees,” as the company states.

Michael Saylor recently sent a tweet to his 1.2 million followers saying that, “as of 6/21/21, we #hold ~105,085.” Of course, these kinds of tweets by investors and CEOs are standard anymore; some people are not impressed with the bitcoin purchase announcement of the Microstrategy CEO Saylor. Peter Schiff, for instance, made a disparaging reaction to that announcement: “That’s pretty bearish that you already bought all that bitcoin, and the price kept dropping anyway.”

In his comments on the plummeting price of bitcoin, he also said: “Consider where the price of bitcoin would be today if Elon Musk, Michael Saylor, Barry Silbert, and all the other bitcoin elites and their friends in the financial media hadn’t spent the last six months convincing retail and institutional investors to buy their worthless tokens.”

Another comment to Saylor’s announcement has been made by Sven Henrich, the founder of Northman Trader. He asked Microstrategy’s Saylor: “Understand the conviction. Question though: As the price average and employed leverage have both been rising, what’s the risk profile/consequence if bitcoin were to drop below the average holding price?” He also answered a question about Saylor’s choice as such… “Not saying he’s wrong, […] just asking what the risk profile is if [the] price drops below the average holding price.”

On 21st June 2021, the People’s Bank of China (PBOC) released a notice regarding cryptocurrency transactions and issued it to several financial institutions. This recent news coming from PBOC, China’s central bank, has a significant negative impact on bitcoin prices. Since PBOC released the notice, the bitcoin price has dropped 4% in one day, which is for now just above the $32K handle. This is a lower price than the one which Microstrategy paid for their recent bitcoin acquisition.

This financial loss has led to some other snide comments: The software developer Jameson Lopp tweeted saying that “time to deploy the next billion,” on which another user jokingly commented: “fixed it: time to deploy the next borrowed billion.” Finally, an individual responded to the enthusiasts who suggested the Microstrategy CEO to “keep buying the dip,” saying that “unfortunately, contrary to popular belief, one just can’t keep infinitely buying the dip.”