News
1107
No Comments
Share Tweet Share Share Pin it
In a recent interview, the seven-time Super Bowl champion said, “I’m a big believer in [crypto].” The interview was done with the CEO of liquidity provider and crypto exchange FTX Alameda Research, Sam Bankman-Fried, on the closing night of Consensus 2021. 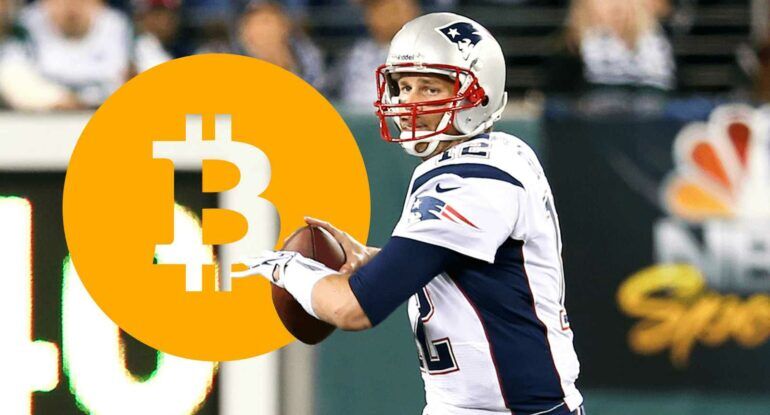 Tom Brady is one of the many famous athletes who recently joined the world of virtual finance as a way to store and build their wealth. Sports stars consider crypto as a means to gain their financial independence against unstable contract agreements, to take ownership over their reputations and brands, and to interact with their fans more directly. We also witness an increasing trend in deals between sports franchises and crypto firms, pointing out the mainstreaming of digital assets. Lastly, Bankman-Fried’s Alameda purchased the naming rights of NBA’s Miami Heat for $135 million and the stadium is now called FTX Arena.

Last month, as a result of a challenge by the co-founder of Blockworks, Jason Yanowitz, Brady changed his profile picture to ‘bitcoin laser eyes meme’ through which he announced that he is a crypto holder. He said, “in my understanding, it was a vote of confidence to get into the conversation as I’m such a big believer in crypto, and where things are heading in the world.”

According to Brady, there might be ups and downs in the market value of cryptocurrencies however it’s not going anywhere: “We’re learning more and more about these emerging markets. I don’t think it’s going anywhere. The world is changing. You can be ahead of the curve or behind it, and I’m choosing to be ahead of it.”

Several NFL players began to demand and even to make agreements with their teams to get their salaries in cryptocurrency. However, Brady considers that this cannot happen on a macroscale and doesn’t have any demand to be paid in virtual coins. He rather considers crypto as a way to invest one’s money. He also adds that his approach to the world of cryptocurrency is similar to his approach to wellness and health: “I’ve been someone who decided to treat my body differently than the way that everyone else treated it.”

Football all-star Tom Brady is also a recent non-fungible token (NFT) entrepreneur. In April he announced the founding of Autograph, which is a marketplace for NFTs. He thinks that NFTs represent the “next generation of interaction between celebrities” as well as brands’ interaction with their fans. Through Autograph, he aims to facilitate the process for celebrity athletes and popular brands to create collectibles for their fans: “When I was a kid, I was a big baseball card collector. Understanding that the kids now in the digital age, you know, are going to want so many things at their disposal on their devices, it’s a great opportunity to be involved in that for unique collectibles, but really to provide great experiences for different fans and collectors.”