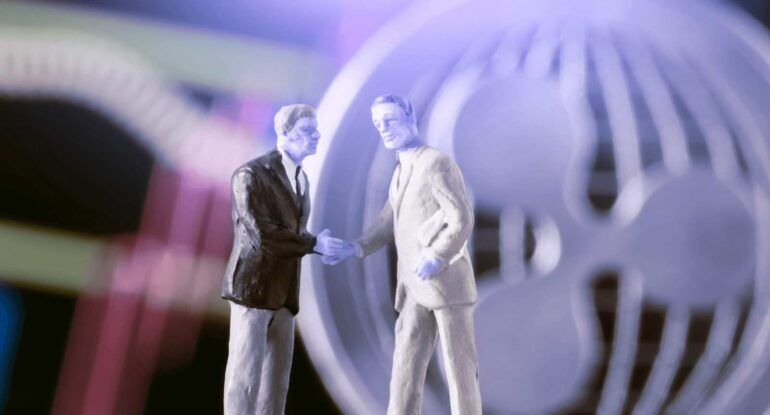 A teleconference was held on the case between the SEC and Ripple on April 6, 2021. Judge Sarah Netburn acknowledged Ripple’s “move to require the production of documents related to Bitcoin and Ethereum” at this meeting.

SEC filed an action against Ripple Labs and its two executives, Larsen and Garlinghouse, on December 22, 2020. SEC alleged that funds amounting to $1.38 billion are raised over via an unregistered and ongoing digital asset securities offering.

On the aforementioned teleconference for discovery purposes, Judge ordered that Ripple shall access to internal discussion documents of SEC regarding XRP token’s similarity to Bitcoin (BTC) and Ethereum (ETC), which are not regulated as securities. These documents will not include e-mails between SEC staff. However, SEC minutes and records will be discoverable.

The opening defenses of the case, whose preliminary hearing was held on February 22, 2021, will be taken on April 12. Accordingly, today is the day when company CEO Garlinghouse and chairman Larsen will present their claims regarding their request to dismiss the case. On April 19, exactly one week after this date, attorney John Deaton, who has the right to demand 10 thousand XRP investors to intervene in the case, will present his requests and opinions on the matter. April 22nd is an important date for the SEC.

Ripple has accused the SEC of failing to warn exchange markets that XRP is not a security in the past. The SEC, on the other hand, stated in a letter to the judge that they did not have such obligations, claiming that Ripple was taking the issue of indifferent sales in the other direction, instead of making its own defense, and demanded that such a defense be prevented.

On April 22, the SEC will present its allegations of this to judge Torres. The XRP price, which rose significantly with the approach of the dates, had exceeded $ 1. The detailed explanation of the SEC will be given on May 14th. The defense will then have until June 4th to respond to the SEC’s arguments.

After winning the discovery on April 6, a counsel of Garlinghouse stated that they need this discovery to defend themselves and they could win the case if they can show that SEC thought XRP was a similar cryptocurrency to Bitcoin and Ether.

Ripple is a global payment network that allows any currency to be sent anywhere in the world in seconds, with a fairly affordable transaction fee. Ripple is currently working with dozens of banks to provide a more efficient and cost-effective way to make real-time payments around the world.