Featured News Uncategorized
122
No Comments
Share Tweet Share Share Pin it
Solana, a blockchain that is growing in popularity and is famous for its fast operations, has been hacked. In this occurrence, thousands of Solana’s virtual wallets have been engaged by actors. This robbery, which cost about $8 million, is recorded as the biggest heist in the crypto world. Despite many attempts to identify them, The 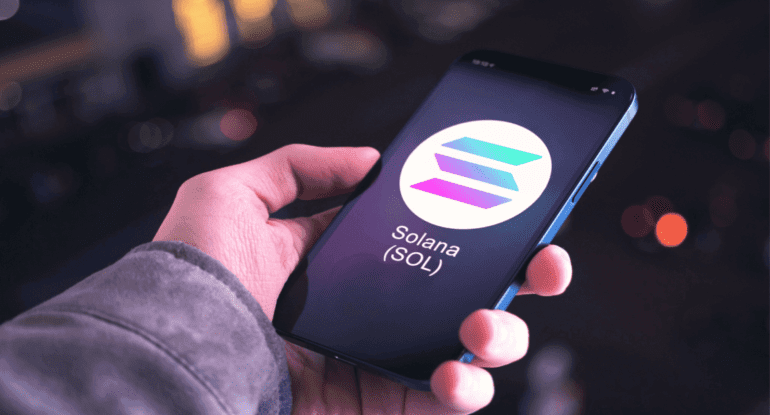 Solana, a blockchain that is growing in popularity and is famous for its fast operations, has been hacked. In this occurrence, thousands of Solana’s virtual wallets have been engaged by actors. This robbery, which cost about $8 million, is recorded as the biggest heist in the crypto world. Despite many attempts to identify them, The hackers are still unknown.

What was the inauguration of the hack?

An unknown source has hacked the leading and the most famous Solana wallets. The Phantom, Slope and TrustWallet were recently Solana’s most “hot wallets”.Hot wallets. The wallets are linked to the internet, enabling users to keep and transfer tokens called hot wallets. These wallets were impacted mainly by the hack. Also, wallets with less than 6 months of inactivity were affected. The primary source of the attack remained unclear for some time, but finally, the developers found where it originated. Developers mentioned that “ compromised private keys “created, imported, or used in Slope mobile wallet applications.”  were the main target of hackers, and they mainly focused on SOL and USDC Stablecoin, but other tokens also have been affected.

In the August of 2022, an unknown source robbed some of Solana’s wallet. Solana released that there were four hackers. They detected and attacked distributive 15,200 Solana wallets. Among these wallets, 8000 were unique ones.

Solona developers mentioned that these wallets were hacked because the hackers could access their private keys while connected to the internet. It provided hackers with a chance for their robbery. From a more specific point of view, hackers used a “supply chain attack” technology to steal these wallets’ private keys.

Supply Chain Attack is a kind of malware. When a hacker targets a third-party source to get control of a person’s wallet address.

What did hackers abuse?

In this thievery which costs more than $8 million, more than 300 Solana-related tokens have been influenced. This amount consists of the native currency of Solana, which is SOL, a limited amount of non-fungible tokens. In the first hours, engineers worldwide started to find the origin of the recent attack. In the first steps, Solana mentioned that the recent happening is unrelated to Solana’s central coding system. They also admit that the root of the problem is in the software wallet stokers use in this environment.

In case to reduce the misuse risk of crypto wallets, the professionals advised people to use cold wallets; cold wallets are hardware wallets the size of USB. They contain the information of your crypto transactions and keep your coins offline. It is harder for hackers to hack despite the hot wallets connected to the internet to store the data. But investors need some coins for daily transactions. They suggested using the mount for a short time.

They also suggest users activate their two-factor authentication in case to reduce the risk of being hacked by actors. It is like a shield to protect your assets with separate qualifications built on a passcode, safety key, and biometrics.

Finally, Solana developers concluded the reason for this attack. In the first theory, experts believed that the hack was related to persisting rights that users had earlier provided to a smart contract and other websites, including leading NFT marketplace Magic Eden, and they encouraged Solana users to remove any access from other websites. More straightforwardly, it seems the hacker managed to authorise transactions on behalf of the users, enabling the perpetrator to move cash without the victims’ knowledge. How it occurred remains unknown.

The second Hypothesis of the Solana Wallet Hack

As long as the first theory didn’t seem beneficial and developers continued to work on the situation. The developers suggested that the actors attacked members’ secret wallet keys.

As the Solana Status update On Twitter showed, the current view is that actors attacked software-based wallet Apps. It seems hackers stole the private keys of users. More quickly, the password information for such wallets “was accidentally provided to a software tracking provider.” instead of a Solana blockchain.

Anatoly Yakovenko, CEO of Solana’s Twitter account, said that the roots of the attack belong to an IOS device. This device was using Solana wallet on iPhone or iPad devices. Still, after further research, he stated that hackers also hacked Android devices. He also said that the highest amount of confirmed wallets was using Slope. Some of these wallets were Phantoms which their users imported into Slope.

How Does Solana Confront with Hack?

In the first response, Yakovenko mentioned that Apple and Google could provide a safe entrance to the devices.

At the second level, people saw no specific answer from Slope and Phantom. Just the news mentioned, “ we are working on it”.

As engineers gathered more data, they had a request from people who the rubbery had influenced them. The proposal wanted them to fill out a form containing some information necessary to track the hackers.

Eventually, Solana advised the affected users to leave their wallets. They specifically urged them to move to hard wallets.

Solana’s price faced a massive drop in its market. They revealed it was about 8% in the time duration of 2 hours. But after all, they got back, it’s worth about 2% more.