News
1019
No Comments
Share Tweet Share Share Pin it
El Salvador considers Bitcoin to be the country's legal tender. The politicians from some other countries in Central and South America want to be the next one. 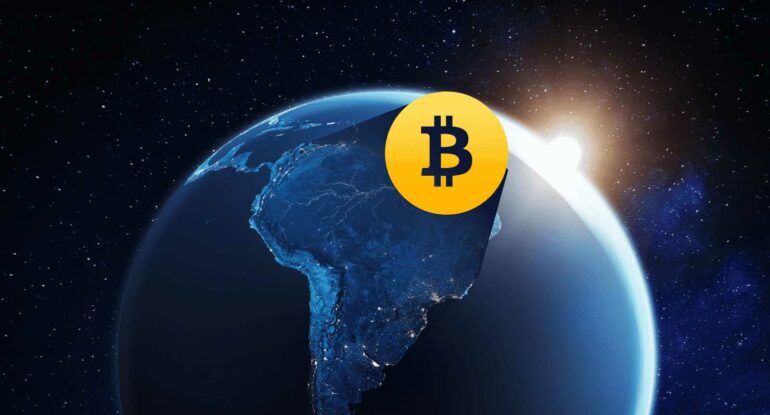 The business community members and politicians from different countries gave support for the famous cryptocurrency. They also support legislation that is inclusive of Bitcoin. To show their support, some of them even changed the profile pictures of their social media accounts.

However, the only person who has taken such a firm step so far is Nayib Bukele, the president of El Salvador. The president of the Central American country, at the Bitcoin 2021 conference that was held in Miami, announced that he would introduce legislation regarding Bitcoin to be the country’s legal tender.

According to the legislation that has been introduced quickly, Bitcoin will be a legal form of currency throughout the country, together with the primary currency that is the U.S. dollar, as of September 7, 2021.

The country promotes this transformation in various ways. A new crypto wallet named Chivo has been introduced for the citizens. Each citizen has also been promised $30 in Bitcoin; they will use it by downloading and registering on Chivo.

Across Central and South America, this transformation has received mixed reactions from the business community and politicians.

In Paraguay, Carlos Rajala, a lawmaker, sent a tweet on June 17 saying, “this is Paraguay. July we legislate! #Bitcoin”. The support sparked rumors about the possibility that Paraguay might also adopt Bitcoin as legal tender:

Following the spread of rumors, Rejala spoke to Reuters and clarified his remarks. He said the legislation he will propose is about regulating Bitcoin, not about considering it Paraguay’s legal tender.

“It is a bill of digital assets, and it differs from that of El Salvador because they are taking it as legal currency, and in Paraguay, it will be impossible to do something like that,” Carlos Rejala told Reuters.

For any Bitcoin-related bill to pass and become law, it first has to get a majority vote in Paraguay’s lower chamber of Congress, give the upper section, and finally be approved by the president of the South American country.

In Mexico as well, Bitcoin receives support from businesses and legislation. One of the lawmakers in the federal government, Eduardo Murat Hinojosa, tweeted, saying that he would be “promoting and proposing a legal framework for crypto coins in Mexico’s lower house.”

As for the business community, Ricardo Salinas Pliego, who is the third richest person in the country, hinted that his bank Banco Azteca might accept Bitcoin soon. If Reuters’ news is correct, Banco Azteca would be the first bank in Mexico to buy cryptocurrency.

In Panama, Congressman Gabriel Silva also raised support for Bitcoin in a tweet: “This is important. And Panama cannot be left behind. If we want to be a true technology and entrepreneurship hub, we need to support cryptocurrencies”. Silva is working on a proposal that invites Congress to collaborate on this transformation.

While government officials and business people are active on social media, firm steps are not following this activity yet. We will see in time whether this is a fundamental transformation across Central and South America.