Koinal > Uncategorized > The Most Expensive Cryptopunks NFTs Ever Sold

Uncategorized
405
No Comments
Share Tweet Share Share Pin it
NFTs is one of the newest and hottest digital asset types out there. Indeed, many people are thrilled by the new possibilities and potentials that these unique assets offer, while others don’t want to miss out on the raving blockchain craze that’s extending to different parts of the world.  It’s no wonder NFTs have been 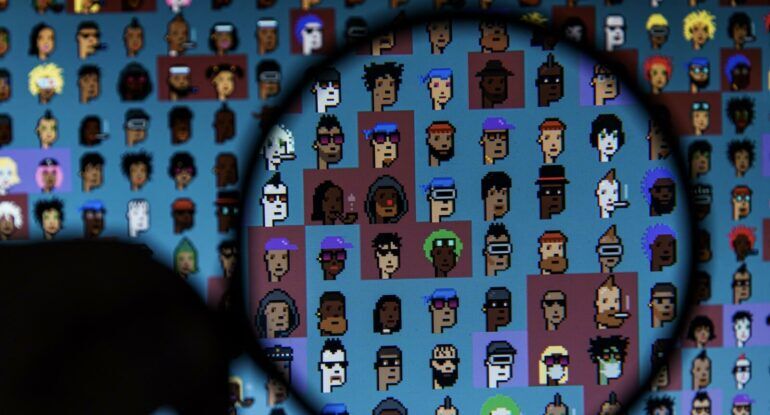 NFTs is one of the newest and hottest digital asset types out there. Indeed, many people are thrilled by the new possibilities and potentials that these unique assets offer, while others don’t want to miss out on the raving blockchain craze that’s extending to different parts of the world.

It’s no wonder NFTs have been the rage in the news due to the high prices that many of them are attracting from buyers and investors.

Interestingly, the NFT rush began in 2021, but there were already clear indications that the whole world was interested in a unique type of investment ecosystem.

At the beginning of 2021, many NFTs were developed and entered the market. This sparked the beginning of the worldwide interest in this blockchain-based investment. Today, the NFT space has boomed and become an industry worth billions of dollars and a long list of items. These trending items include expensive art collections transformed into digital jpegs.

Today, many top influencers, celebrities, and wealthy people have already acquired at least one NFT.

Since the introduction of NFTs, art collections such as the Bored Ape Yacht Club and even CryptoPunks have sold at exorbitant prices. These unique pieces are disrupting the investment and art world. CryptoPunks are unique digital pieces and are currently referred to as the most expensive art collection in the world.

But, what are the most expensive CryptoPunks ever? Keep reading to find out.

It’s understandable for one to think that NFTs began in 2021. After all, the big boom happened this year. But this isn’t true.

Non-fungible tokens have been in circulation for a while. In fact, Cryptopunks was one of the first tokens on the Ethereum Blockchain in June 2017. Since then, it has grown from what it used to be and is now referred to as one of the most expensive NFT collections globally.

The project was initiated by an American Digital Studio known as Larva Labs and had only two software developers working on it — John Watkinson and Matt Hall.

The entire collection was inspired by a compilation of UK punk scenes, Blade Runner, the CyberPunk movement, John Mnemonic, the Neuromancer, and electronic music artists. The CryptoPunks art collection has become a mainstay in the modern crypto space and has been recognized as an original set of non-fungible tokens.

By being an original NFT collection, these CryptoPunks tokens are considered to be extremely valuable and are attracting outrageous prices on related sales platforms.

The Most Expensive CryptoPunks NFTs Ever Sold

Here’s our compilation of the top nine most expensive CryptoPunks:

This particular digital art is part of a collection of 88 Zombie punks. The art comprises a gray-colored face mask and sunglasses. When the NFT was introduced to platforms, it rose to a valuation of more than $2 million. However, according to Larva Labs, the NFT settled at a whopping sum of $2.08 million.

Whoever owns this NFT must really like the number eight.

This is another CryptoPunk from the Zombie collection. However, this particular piece comes with a unique hairstyle, “the Mohawk Thin.” This non-fungible token was sold in Aug 2020 for 4.5 million dollars.

The CryptoPunk #7252 is another rare piece from the zombie collection.

This non-fungible token was initially sold for $2.53 million on Aug 8, 2020. A few weeks later, on Aug 24, it was resold at $5.33 million. This unique non-fungible token has a bright red “Crazy Hair,” including a chain strap and a gold earring. The token developed so much hype after it was traded for massive sums within a short period.

This is the first Ape Punk on the list. The rare digital art piece sold for $5.4 million on July 30, 2020. The CryptoPunk 5217 sports a red knitted cap with an extra gold accessory. This non-fungible token has a high price because of the rarity of its collection.

This Ape Punk comes from a 24-piece collection. It’s the first of two pieces that have made it to this list. CryptoPunk 2140 comes with a red knitted cap and small dark shades. According to NFT news, a user is known as Gary Vee bought this piece at a mouthwatering sum of $5.6 million.

This is a unique non-fungible token from the Alien Punk collection. It’s a rare piece that has a valuation of $7.58. This CryptoPunk sports a white and blue headband and was sold in March 2020.

This is another rare CryptoPunk on the list. It has a considerably higher valuation than other Alien Punks because of its attractiveness. The Alien CryptoPunk is designed with gold earrings, a face mask, and a red-colored knit cap. The NFT was purchased by a billionaire, Shalom Mechenzie, at a crazy price of $11.7 million.

The CryptoPunk #9998 is the most expensive CryptoPunk NFT ever sold, and it wins the top spot with a wide margin. Compared to the $11.7 million valuations of the NFT in second place, this art piece blows the entire list of expensive NFTs out of the water.

Furthermore, this non-fungible token was purchased with 124,457 ethereum equalling a jaw-breaking price of $532 million. The purchase was facilitated with the flash loan, which involved transferring funds through three different wallets.

CryptoPunk NFTs are some of the most expensive NFTs ever bought or sold. The reason is simple — the world of non-fungible tokens has expanded, and more people are joining the community. As more investors come into the NFT space, we’re bound to see more expensive purchases. It’s only a matter of time before million-dollar NFT purchases become a norm!