Koinal > News > WhatsApp Launches Cryptocurrency payments in the US

WhatsApp Launches Cryptocurrency payments in the US

WhatsApp Launches Cryptocurrency payments in the US 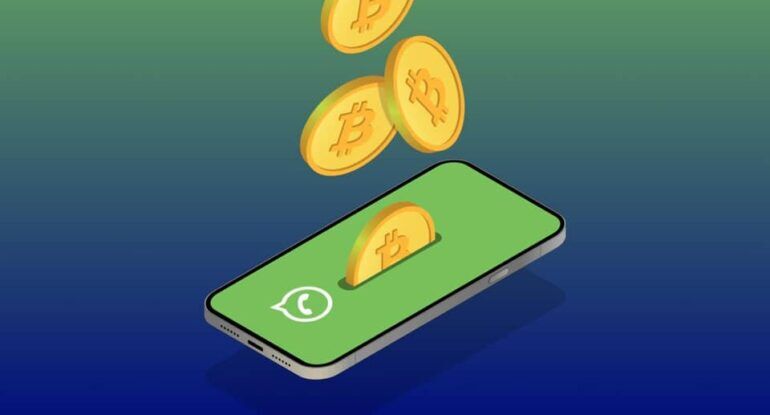 WhatsApp will soon allow a limited number of users in the US to send and receive money to leave their WhatsApp chats!

The new feature was brought to WhatsApp by Novi. This new digital wallet was launched by Meta just a couple of months ago. In addition, Pax Dollars (USDP), a new stablecoin pegged to the USD, will be used for the payments rendered on this platform. Paxos has issued this stablecoin, a company that provides financial services, and its regulation is conducted by the New York State Department of Financial Services (NYSDFS).

Both the head of WhatsApp, Will Cathcart, and the head of Novi, Stephane Kasriel, used Twitter to announce this big update.

“People use WA[Whatsapp] to coordinate sending money to loved ones, and now Novi will help them do that securely, instantly and with no fees.”

“Starting today, a limited number of people in the US will be able to send and receive money using Novi on @WhatsApp, making sending money to family and friends as easy as sending a message.”

Kasriel, in the following tweets, explained that Novi has been able to “test and learn which features and functionally are most important to people,” and the digital wallet team will keep working to make these features even better.

Access to the feature is relatively straightforward: Android users will access it via the paper clip icon, while iOS users will click the “+” icon. Then they will choose the “payment” option from the menu that they will reach. Payments will be made with no delay. There will be no upper or lower limit for payments and the company will not charge any fees.

Novi recently stated that: “Being shut out of the global financial system has real consequences for people’s lives, and it’s often the most underserved people who pay the highest price.”

The new digital wallet added: “Costs are high and waits are long when people want to send money to their families internationally. The current system is failing them, and there is no digital financial architecture to support the innovation we need.”

Meta chose USDP over other popular crypto-assets such as Bitcoin and Ethereum because of its stability. The company stated: “USDP reserves are fully backed by the US dollar and are held 100% in cash and cash equivalents.” This choice makes it easier for people to withdraw their money whenever they want.

There will be no change in the end-to-end encryption of WhatsApp. This feature will remain valid for personal conversations even after the new update.

Today WhatsApp is used by more than 2.5 billion people in more than 100 countries. In addition to being the most used messaging service globally, it is one of the most popular among all kinds of apps: it has been downloaded more than five billion times. In parallel with this popularity, the collaboration between WhatsApp and Novi is expected to attract a massive number of people worldwide.