Koinal > Knowledgebase > Who is Vitalik Buterin?

Who is Vitalik Buterin?

Who is Vitalik Buterin?

Knowledgebase
6247
No Comments
Share Tweet Share Share Pin it
In the world of cryptocurrencies, you might have heard the name of ‘Vitalik Buterin’ as a creator and co-founder of the Ethereum blockchain. If your knowledge about Vitalik Buterin is only limited to this fact, and are you willing to know more about the boy-genius behind Ethereum? This blog post will help you know about who Vitalik Buterin is. So, let’s get started! 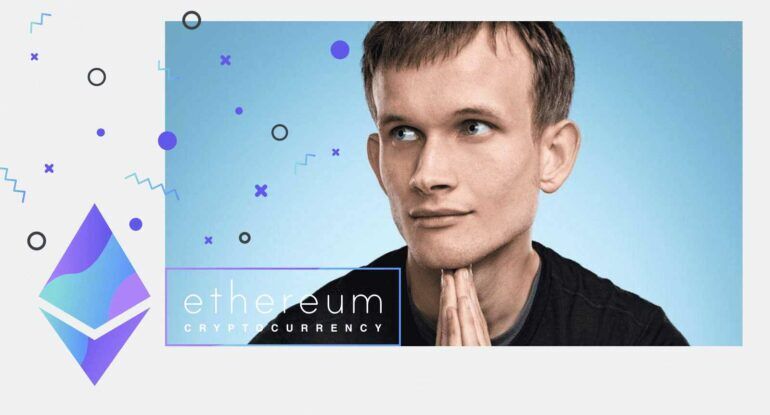 Vitalik Buterin or Vitaly Dmitriyevich is a renowned Russian-Canadian programmer and writer. He is widely known as the founder of Ethereum and Bitcoin Magazine. Back in 2011, Vitalik showed his interest in Bitcoin when this cryptocurrency was only 2 years old. Since then, Vitalik remained involved in the Bitcoin community and wrote tons of articles for Bitcoin Magazine.

Later, he realized the true potential of blockchain technology before him. It is an interesting fact that when Vitalik showed interest in Bitcoin, he wanted to purchase some Bitcoin. Unfortunately, he had no money to purchase or computing power to mine them. Afterward, he started writing blogs for Bitcoin forums, and Vitalik earned 5 Bitcoin for each blog post. By the end of 2011, he co-founded the Bitcoin Magazine. Interesting, right?

Ethereum is the second most valued cryptocurrency platform after Bitcoin.

It is Vitalik Buterin, the great mind behind the creation of this cryptocurrency platform. He has still wide-ranging plans for his creation.

Let’s take a closer look at Vitalik’s childhood that can tell us more about his interests in cryptocurrency that led him to create Ethereum.

He was born on January 31st, 1994, in Moscow Oblast, Russia. Vitalik spent 6 years of his early life in Russia unless his parents moved to Canada for better employment opportunities.

Student Life and his Interest in Bitcoin

Vitalik was placed in the gifted program in Canadian Primary School when he was only a 3rd grader. In this program, he got many learning opportunities. This program made him realize his unique talent and skills in math, programming, and economic interest.

He first heard about ‘Bitcoin’ from his father who also had a software backup in 2013. Initially, Vitalik believed that Bitcoin would fail due to the fact it lacks intrinsic value. Later, the decentralized nature of Bitcoin enticed Vitalik’s attention in cryptocurrency.

Owing to his interest and curiosity, Vitalik started spending most of his time searching the Bitcoin network and on several Bitcoin-related forums.

His understanding of Bitcoin further developed as he continued writing articles and working for different forums. Besides, he also got exposure to the Bitcoin community. Vitalik also developed his understanding of various technological, economic, and political aspects of this cryptocurrency.

What’s more, articles written by Vitalik gained the attention of Russian-based cryptocurrency enthusiasts ‘Mihai Alisie’. Later in 2011, Vitalik and Alisie co-founded Bitcoin Magazine. At this time, Vitalik started doing a part-time job as a research assistant for Ian Goldberg (cryptographer) while at the same time; he served as head writer for his Bitcoin Magazine. Besides, he took 5 advanced courses in computer science at the University of Waterloo.

After two and a half years, Vitalik developed an extensive understanding of the blockchain technology and the potential of its decentralized applications. Later, in November 2013, Vitalik wrote about Ethereum in the white paper. At this point, he described his idea about Ethereum. This white paper was sent to his friends, who further sent it out to others. Consequently, almost 30 people met Vitalik to discuss his concept of the Ethereum platform.

After he and his team fully developed Ethereum, it was publically announced in January 2014. In particular, his team included Mihai Alisie, Joe Lubin, Anthony Di Iorio, Gavin Wood, and Charles Hoskinson. They also create Ether (ETH) as a native token of the Ethereum network.

A few months later, a crowd sale of Ether was arranged in which Vitalik and his team earned over 31,000 BTC by selling Ether for Bitcoin. From this money, they established the Ethereum Foundation in Switzerland. This non-profit organization manages the development of open-source software of Ethereum. Besides, Vitalik currently leads a research team of Ethereum while working on future versions of the Ethereum protocol.

So far, Ethereum has gained considerable attention in the cryptocurrency market. The active node of Ethereum is around 5100 that comes behind Bitcoin having 6000 active nodes. Also, due to its popularity and benefits for users, numerous cryptocurrency exchange platforms are trading Ether.

Koinal is one reliable and secure exchange platform where you can buy and sell Ether. Large corporations like IBM and Microsoft are undergoing projects on the Ethereum platform, besides approaching Vitalik for direct collaboration.

Vitalik is actively working to improve the security and scalability of the Ethereum platform while reducing its cost at the same time. Of note, Eth 2.0 is the future iteration of the Ethereum blockchain that will incorporate novel protocol designs like proof-of-stake (PoS) and sharding to enhance its scalability.